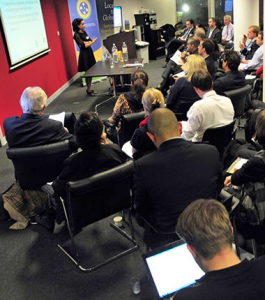 1. Remember: Latin America is not a country

Top of the list for a very good reason. Approach the various countries of Latin America as though they are all one and the same and you are very likely to fail. Each is a country in its own right with its own habits, customs and culture. Your marketing plan may work in Chile but not necessarily in Argentina; your sales strategy for Colombia may be inappropriate in Venezuela or Brazil.

Furthermore, in some Latin American countries, the regional differences can be so pronounced that it is almost as if you are dealing with a country within a country. In Brazil for example, logistics and infrastructure issues will make the penetration of your brand, service or product much slower in the north east than in the south east.

Invest in a thorough cultural understanding of the Latin American country you are interested in to optimise your chances of success.

Personal relationships have a strong influence on the way Latin American’s approach business. Before doing business with you, a Latin American business contact will want to get to know you as a person first. This takes time but the importance of forming good, local business partnerships cannot be overestimated. Overlook this important step and you are going to struggle. Accept social invitations, connect with your contact’s family and friends and earn his/her trust. Once you have become a part of his ‘inner circle’ he/she will then be ready to do business with you…and the rewards can be long term.

3. Do business on paper

Two rules for doing business in all Latin American countries – study the legal requirements and ensure all your business is done on paper. A written contract together with good support from knowledgeable lawyers and accountants is a basic necessity, not a luxury. However, keep in mind that, in accordance with number 2 above, business in Latin American countries is primarily concerned with feelings and relationships rather than rules.

4. Examine your own approach

Be wary of trying to impose your own way of doing things, or indeed of trying to do things the American way, the British way, the German way etc. The Latin American way may not sit comfortably with your usual approach but that does not mean it will be bad for your business. And, being completely blunt, you are, after all, the one moving in. When in Rome (or Latin America)…

Trying to maintain a consistent price across the various Latin American regions (Brazil, Mexico, Andean region, southern region, central America, the Caribbean) is impossible. Local costs will have an impact on your pricing, your profits and your level of investment. Analyse regional cost variations in detail, prior to making your decision about moving your product or service into that region.

Latin Americans generally are friendly, sociable, respectful – and they don’t like to offend. They are chatty (so meetings can last longer than expected) and there is a strong trait, particularly among Brazilians, towards saying ‘yes’ even if they think ‘no’. Many non-Latin Americans view this latter trait as negative. However, a ‘yes’ that means ‘no’ has the potential to move towards a ‘yes’ meaning ‘yes’, once the individual has had the opportunity to get to know you better. Complicated? Not really; not when you understand how it works.

Distribution channels and logistics barriers are different in each Latin American country. However, the different countries do have in common a multitude of consumer sales channels so a good tip when considering your distribution and logistics strategy is to work via multiple channels: home shopping (catalogue and infomercial sales), e-commerce, independent non-chain retailers and larger, global concerns such as supermarket, hypermarket and club stores. However, remember that independent and informal channels of retail still represent more than three-quarters of Latin American retail for fast moving consumer goods in most Latin American countries.

Spanish is the main language of Latin America. However, if you are going to Brazil, the largest country in the region, Spanish won’t take you far. Portuguese is the language spoken by Brazilians.

Don’t just expect your business contacts to speak English. In fact, in Brazil very little English is spoken, with the exception perhaps in São Paulo. Learn the language (it’s also a respectful gesture) and ensure you employ and partner with people in those countries who speak the native language.

9. Learn from those who have gone before

The actions of international companies entering the market ahead of you can give a good indication of what you should and shouldn’t do. Understand what worked for them and why. For example, what cultural traits may have impacted on a positive or negative outcome? Also, observe how domestic companies and government agencies communicate with their target audience for an increased understanding about how to build relationships with your own target audience.

The pace of life in Latin America is very different to the UK. The pace varies from country to country but as a general rule of thumb you are advised to allow at least 25% more time to complete projects in Latin America compared to the UK – and be prepared to be very flexible with time keeping.

…remember that in Latin America people are great where ever you go. It’s just business that is different.

At Across, we are the Latin American qualitative research experts. We take the language, culture and attitudes of people from the different Latin American countries seriously, so you can be sure our research findings are truly accurate and meaningful.

To learn more about our work in Latin America and how we may help your business, please telephone us on +44(0)207 321 5686 or email hello@acrossresearch.com