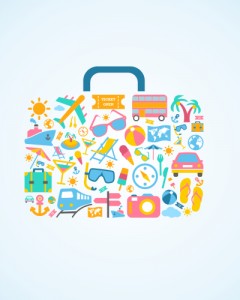 A hot topic at FAPESP week in London

The Brazilian institution, FAPESP, (the São Paulo Research Foundation) recently announced a raft of new scientific agreements and collaborations with UK higher learning institutions. The announcements were made during FAPESP week, an event held in London, which aimed to strengthen the links between Brazilian and European scientific researchers. During FAPESP week, which took place between 25-27 September 2013, the term ‘brain drain’ was bandied about quite freely. Perhaps the speakers were aware that the term, used to describe the emigration (or human export) of large numbers of technically skilled workers such as scientists, was in fact coined at the Royal Society, which hosted the conference. Or maybe it’s just a hot topic for Brazil.

Traditionally, brain drain has been from developing countries to developed nations such as the US and Europe. The typical causes of a country’s brain drain are a poor economy, lack of opportunities or political instability. The appeal of the host country tends to be its wealth, improved standards of living, stability etc. Other factors such as a personal preference for travel, ambition and family connections also come in to play. Brain drain is usually regarded as an economic cost for the original country since emigrants take with them the value of their training plus the country loses its skilled and talented workers. For the migrants, it is often the case that they end up employed at a lower level than in their native country.  In these instances, it is argued, that it is not only a brain drain for their own countries, but also a ‘brain waste’ for the world as a whole. There are also cases of economic migrants being victimised by the host society for ‘stealing jobs’.

Moving from brain drain to brain gain in Brazil

Until recently, brain drain of Latin American intellectuals, such as doctors and scientists, has been commonplace. In 2007, a Guardian article reported that 9,400 Brazilian students were living in the UK, of which 1,170 were in higher education. However in the past five years, due to its booming economy, Brazil has seen the return of many native Brazilians. Furthermore, as a result of the global recession, there has been an influx of European migrants moving to Brazil to find work. From 2010 to April 2012, the number of foreigners living in Brazil increased by over 50%, to 1.5 million, according to the Ministry of Justice. This large-scale immigration of skilled professionals, or ‘brain gain’, is the flip-side of brain drain and it’s happening right now in Brazil.

One of the key aims of FAPESP week was to entice UK scientific researchers to Brazil. A recent Science4Brazil piece discussed the Brazilian brain gain phenomenon in some depth, concluding that “there are many opportunities for international scientists seeking to expand their career horizons within Brazil”. However several speakers at FAPESP week argued that there exists now a two-way flow of skilled migrants, between Brazil and the UK, and so the term ‘brain circulation’ was frequently used. It is considered that brain circulation presents a more reciprocal arrangement yielding benefits for all parties. In other words, it is neither a drain nor a gain for Brazil. But looking beyond the individuals involved, how is brain gain, or brain circulation, benefiting Brazil economically, socio-culturally and politically?

Brain circulation is undoubtedly resulting in additional educated human capital for Brazil, thereby stimulating economic growth, but the benefits go beyond simple economics. As quoted in an article in the Christian Social Monitor, Mauricio Santoro, a professor of international relations at the Getulio Vargas Foundation in Rio, said that Brazil’s new immigrants are “people from advanced democracies with different expectations about society. Foreign people who live in Brazil are very critical about social inequalities in Brazil. This is a very good thing.” Based on this comment it would seem that brain gain is having a positive impact on Brazil’s society too. The mixing of cultures can also benefit Brazil in terms of learning new skills and adopting best business practices. The Science4Brazil article, mentioned above, refers to brain gain as “a win-win pattern of international partnership and harmonious development for science that advances the sum total of human knowledge beyond national boundaries”. At Across Research we are keen to observe how brain gain, or the event newer phenomenon brain circulation, is impacting on Brazil and its population. Are native Brazilians truly benefiting from this influx of European intellectuals? How is society changing in response to the arrival of new cultures? Or is it, in fact, only impacting on small pockets of the community? We welcome your comments, thoughts and reflections.