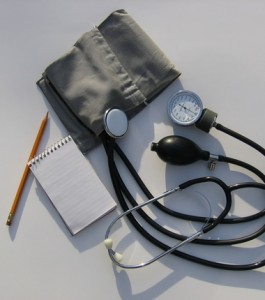 When Brazilian doctors were filmed chanting “slaves” at Cuban medical professionals arriving at a Portuguese language and medical familiarisation class in Ceará, north-eastern Brazil, the world was shocked at this public display of bigotry and xenophobia. But what prompted these educated, middle-class professionals to demean themselves so publicly? The ‘Mais Medicos’ (More Doctors) programme was proposed in May this year by Brazilian president, Dilma Rouseff, to address the severe shortage of doctors in Brazil’s poor and remote regions. On a national level, Brazil has only 1.8 doctors per 1,000 people (compared with 2.7 per 1,000 in the UK). But some 700 towns have no doctors at all and only 40% of the population have access to primary care. Under the ‘Mais Medicos’ scheme, foreign doctors are being offered three-year contracts to work in those areas where Brazilian doctors are unwilling to work. Originally the government had intended to lure local doctors to these areas, but only 6% of vacancies were filled via this approach. Modelled on a UK scheme which incentivised imports of Indian doctors to its shores, ‘Mais Medicos’ is a stop-gap initiative to recruit thousands of foreign doctors to work in Brazil. In theory, by 2017 up to 12,000 Brazilians will have graduated from medical school so this scheme is being regarded as a temporary fix.

So what’s all the fuss about?

Brazilian doctors are criticised for being ‘urban elitists’, reluctant to work in poor and remote areas, preferring the better-paid private health jobs in the bigger, richer cities. Despite their aversion to these rural posts, they appear to be unhappy about foreigners taking their jobs, as demonstrated by the recent protests. According to the government, only 2% of Brazil’s doctors are from overseas, compared to 25% in the US and, according to some sources, up to 40% in the UK. Brazilian medics don’t appear to have been unnerved by previous doctor imports from Portugal, Spain and Argentina. Their complaint seems to be solely about the Cuban intake which has prompted international outcry over their seemingly overt racism and prejudice. When the first Cuban contingent arrived on Brazilian soil, they were rudely booed by their Brazilian peers who feel that ‘Mais Medicos’ fails to address problems with Brazil’s medical health system. The shocking ‘slavery’ chant apparently refers to the Cubans’ low pay and strict terms of employment. The arrangement with Cuba is for the imported doctors to receive 10,000 reais (£2,694) which is a quarter of an average Brazilian doctor’s pay. What’s more, from this sum, the Cuban government is rumoured to take a 25-40% cut. In addition, the Cuban doctors have no choice in where they can practice within Brazil, they are appointed a specific clinic. Further complaints surround potential language barriers and cultural differences. The Cuban doctors only spend three weeks cramming Portuguese language studies and learning about the Brazilian medical system, which native doctors claim will be problematic for patients. Earlier this year, the UK government introduced new measures to ensure that NHS doctors from overseas had adequate levels of English after a German doctor prescribed a fatal overdose to a UK patient. Brazilian doctors feel this is a real concern with the new intake of Spanish-speaking foreign doctors. They also claim that the Cubans’ medical skills will not be up to par and that their diplomas are invalid as they are exempt from re-validation tests.

What does this mean for pharma/medical market research in Brazil?

For healthcare companies looking to launch or expand in the Brazilian medical market it will be crucial to understand this situation and the related conflicts of interest. For market research companies carrying out pharma or medical research projects in Brazil, not only will a grasp of the urban/rural differences be vital for a full picture of the market, these new socio-cultural and linguistic factors will need to be factored in. Despite the Brazilian population density (and as a result the number of doctors) being much higher in the larger cities, data collection for example in São Paulo and Rio de Janeiro alone will become less representative of the country as a whole. Potentially, findings from the provinces with a newly-placed Cuban/foreign doctor will be of stark contrast to the Brazilian urban outlook. An understanding of the cultural differences of native and foreign doctors may be useful for interpreting qualitative data. Furthermore, it may prove advantageous to conduct some research using Portuguese/Spanish bilingual interviewers, when interviewing the new Cuban and other Spanish speaking doctors settling down in the country. For the pharma industry, the increase of practicing doctors via the ‘Mais Medicos’ programme may well offer opportunities for expansion over the next three years. It would be worth exploring how much freedom of choice the Cuban/foreign doctors have with regards to their choice and procurement of products. Will they continue ties previously established in their native markets? Of course the whole situation is liable to change if/when the incumbent government changes. It will be interesting to see whether the public demonstrations witnessed in Brazil this summer indicate a knee-jerk reaction or if, once this teething trouble has simmered down, the ‘Mais Medicos’ initiative will resolve some of Brazil’s public health problems. For those patients in remote areas though, surely access to any doctor is better than no doctor?