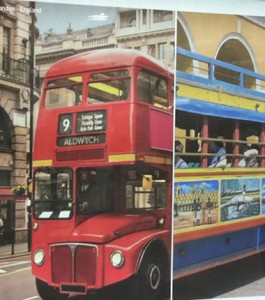 With 4% economic growth in 2012, Colombia is a key country of the CIVETS bloc. How does that affect British consumer brands?

The CIVETS countries – Colombia, Indonesia, Vietnam, Egypt, Turkey and South Africa – are the collective group of nations thought to be the next economic powerhouse after the BRIC countries, Brazil, Russia, India, China.

With many  British brands  already looking at the trading and investment advantages in  Brazil we at Across believe it is time to be clued up to what is going on in the ‘C’ of the CIVETS countries, namely Colombia.

Colombia is an appealing emerging market and the Colombian Government has worked hard to create the right commercial and regulatory framework to ensure that when British brands arrive onto the Colombian high street they will be able to do business with relative ease.

An example of the Colombian government’s commitment to making its territory an easier place to trade is that any British company interested in operating a business in the country can do so within 13 days. This is a far cry from that of other Latin American markets, where the same process takes months, instead of days.  The cutting of the business red tape combined with the country’s improved stability has contributed greatly to the high levels of interest Colombia receives from international companies looking to take advantage of its new emerging consumer market.

With its rich natural resources Colombia has traditionally been an investment target for companies such as British Petroleum; however there is a new emerging market trend for European and British consumer high street brands establishing themselves in this country.  Recent British arrivals in the Colombian market place include shoe company Hackett of London, specialist mother and baby store Mothercare and sportswear brands including names such as Umbro and Mitre to name just two.

Figures show that from 2002 to 2009, the UK was the second greatest investor in Colombia, after the United States, with a 17% share of inward investment.

At Across Research we have been conducting market research into the Colombian market on behalf of clients from different industries for a number of years and we’ve been observing the growing business and brand interest in the Colombian consumer market for some time.  Our heightened interest is such that we are working on an exciting research project which seeks to understand the perception  Colombian consumers have of British brands.

So why we are carrying out this study?

The Colombian perspectives of British brands

To begin, there is no publicly available primary research on the perceptions Colombians have of British brands.  For example the information available online only provides a superficial overview and does not fully examine the core reasons why British brands believe it to be a good business proposition to enter the Colombian market. Tellingly, none of them cite the associated “feel -good” factor that Colombians have towards British brands as a reason to enter the market. Rather, they all rely on macro-economic motives.  A typical example of this position, at least overtly, is Hackett’s global commercial manager José María Pasquín who stated that the reason for opening stores in Colombia was due to the economic growth of the country, in general, and of the fashion sector in particular. The desires Colombians have for British brands were not  mentioned.

Local Colombian businesses seek to exploit the connotations of being British

Our own project is still current so we are not in a position to reveal much at the moment. However, based on the desk research data collected thus far, together with our own observations of the market, we believe that there is more to learn about the perceptions of Colombians towards British brands.

It is very interesting to observe that local Colombian  companies do capitalise upon names that reference the United Kingdom.  For example we found a shirt manufacturer called ‘Camisaria Inglesa’ whose literal translation means English shirt tailor. On their website their marketing boast is that their aim is to “Sell products that reflect the wishes of its founder of conveying the English culture as a synonym of elegance, sobriety and distinction in male fashion, giving  its clients the satisfaction of feeling elegant and well dressed”.  The English cultural reference goes some way towards confirming our hypothesis of the allure of the “British-ness” of the brand.

Further, there is a well-established shoe company called Croydon.  Much as we would like to say that the company was named after its British South London namesake, given that the company was co-founded in 1910 by a Canadian who came from Croydon, Canada, it is probably unlikely.  That being said, given Colombia’s penchant for the British connection, this can only be seen as a happy marketing coincidence.

The question one would ask is simple:  Why would native Colombian companies, who operate in the business to consumer, rather than business to business market, choose names which clearly capitalise upon a British connection?

Whilst examining this conundrum we are discovering very interesting evidence.  Suffice to say, for the moment at least, that the British connection is noticeably targeted towards the Colombian consumer who in turn responds positively. Even without reading too much into this hypothesis it is safe to conclude that the alignment local Colombian companies are making with Great Britain is based on the notion that the association creates a marketing advantage for their brands or companies. If that is case, it is also fair to conclude that Britain, as a country, has brand equity amongst Colombian consumers.

Presently, we are working towards obtaining further primary research insights which will assist us to identify exactly what the positive connotations Colombian consumers have in relation to the United Kingdom are as well as deciphering  the marketing advantage these local brands acquire by using or referencing UK names.  For example does the reference to UK convey heritage, quality, and reliability? And if so, what is the trigger?  These are questions that Across Research is committed to answer in order to provide greater insights into this new exciting and emerging market.

How do British brands describe themselves to the Colombian consumers?

Interestingly, whilst we see local Colombian companies taking the initiative to actively exploit the “Great Britain brand”, the few British companies currently embedded into the Colombian market place have seemingly missed this clear marketing opportunity to exploit their ‘home’ advantage to any great effect.  For instance, Mothercare marketers have not capitalised on the opportunity to legitimately link the quality of its products to the fact it is British on its Colombian website. The only mention of a British connection on its website is that Mothercare opened its first store in England in 1961. Rather, the company’s message is centred on its expertise acquired over 50 years in business.   Imagine our surprise when we found that the quintessential British brand Hackett does not even have a Spanish language website or English heritage sportswear brand Umbro does not promote the fact that it is British in its description on its dedicated Colombian Facebook pages.

This leads us to ask the question whether this lack of self-championing by these household classic brands indicate that local Colombian companies are a lot more aware of all the positive connotations of conveying a brand is British than the UK brands themselves?

From our perspective as researchers it seems that British brands trading in Colombia are missing an opportunity to exploit and market their British heritage prominently in order to feed into the desires of their Colombian consumers.  Notable exceptions to this omission are Burberry and Pepe Jeans. Whilst Burberry simply highlights its heritage on its Spanish language website, Pepe Jeans smartly indicate its country of origin in its name, Pepe Jeans London, much in the same way that some French and Italian luxury brands do so successfully, Hermès de Paris for example.

What we have found so far is that creating a Spanish section on home website is the preferred channel of communication for some British brands.

Pepe Jeans, London has a dedicated website page on its history, in Spanish, where it emphasizes its roots in London. Across believes that this represents a very smart marketing strategy.  The company markets to Spanish speaking countries, including Colombia, through story telling in order to take full advantage of the competitive advantage of brand equity.

In this initial stage of the research, it was noticed that in order to access the Spanish website pages, the Colombian online consumer must go on the English language homepage of the company which is at odds with many businesses’ stated desire to make Latin America a priority.  It is our supposition that if British brands enter Colombia through multi-brand stores or through franchises without creating specific social media and websites specifically for the Colombian market, then there is real danger that the Colombian consumer will remain unaware of the extent of the British origin and heritage of the brand.

So to conclude: We are, of course, aware that further qualitative research is required to ascertain the exact purchasing traction the “British origin” has on the Colombian consumer. Across believes however, that it would be worth communicating this message much more prominently in country specific communication channels.

We’re very pleased to be involved in this project as a result of an exciting partnership with the British and Colombian Chamber of Commerce.  We are really committed to understand the appeal of British brands in Colombia.  The project focuses on the retail sector and we would therefore be very interested in hearing from any British companies considering Colombia as a market for their own retail brand.