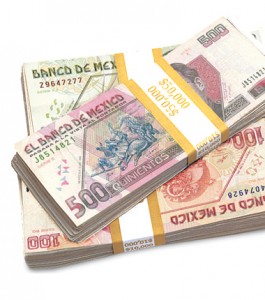 According to statisticians, the Mexican middle class is booming. A study carried out by Mexico’s National Institute of Statistics and Geography (INEGI) found that ‘la media clase’ increased by 11.4% from 2000-10. The middle class now represents 39.2% of Mexico’s population, that’s 44m people. But what does middle class really mean in Mexico? Broadly speaking, ‘middle class’ represents the group of people who fall socio-economically between the working class and upper class. However, the measures of defining ‘middle class’ vary significantly from country to country.

The many definitions of Mexico’s middle class

For European and US businesses looking to enter the Mexican market, it is certainly worth understanding the cultural differences regarding what constitutes being ‘middle class’. In the UK, for example, the middle classes tend to have reached higher education, hold professional qualifications and own their house (though admittedly this is changing, especially in London, due to unaffordable house prices). A recent Great British Class Survey, carried out by the BBC Lab UK, measured social class in the UK by assessing respondents’ economic, social and cultural capital. Over 160,000 respondents answered the following five questions:

In this UK study, social connections and interests were considered equally as important to class status as wealth. But how is ‘middle-classiness‘ defined in Mexico? An educated Mexican 38-year old, Jorge Castillo, now living and working in Berlin, told us at Across that “there is no middle class in Mexico. There are just ‘haves’ and ‘have-nots'”. Perhaps his outlook has been influenced by his European experience? Indeed, Xochitl Chavez, a self-proclaimed middle class professional living in Guadalajara in Mexico, disagreed: “I am middle class. I have worked hard to improve myself through studies to get a better job. That is so middle class.” As demonstrated by the differing perspectives of Jorge and Xochitl, there is some controversy over what middle class means to Mexicans and definitions certainly differ to the European perspective. Furthermore, different institutions use their own indicators to measure social class and consequently yield differing results.

The methodology used for the abovementioned INEGI study, to define a person’s social class, is based on a combination of spending patterns, type of residence and levels of education. Example parameters include: owning a computer, spending money on eating out and having a credit card. In the Mexican market research industry yet further parameters are used to group people by class. Typical questions include: how many rooms does your home have? how many cars do you own? how is your home heated? In the world of politics, social class is often used to demonstrate improvements made by the government (or to suggest the failings of its predecessors). Mexico’s president, Enrique Peña Nieto, has recently vowed to raise 15m million Mexicans from poverty by tripling economic growth. It therefore suits the current Mexican government to classify people as middle class as it demonstrates socio-economic development. Nevertheless, in real terms, the new Mexican middle class does not have the same prospects as the US and European middle classes, especially when it comes to education. But this is changing, and access to education presents big opportunities, not only for the next generations of Mexicans, but also for businesses looking to invest in the region.

The current, booming, Mexican middle class loves to shop. Big TVs, mobile phones and designer clothes are all on the shopping list. As a result, businesses, especially from the US goods and services sector, are already capitalising on these new Mexican spending patterns. In a Forbes article from 2013, we found a quote from the president of the Latin American Retail Connection, Franco Calderon, where he explained that there is a definite uptick in interest from brands that just a couple of years ago he never imagined would be calling them and saying they were interested in Latin America and wanted to know more about business opportunities in you tell us about Mexico. This interest is evidenced in the growing presence of retail stores across Mexico. According to an extensive study by the Wilson Center, the number of units of department stores, auto repair shops and convenience stores grew 44% between 1998 and 2008 and this rate of growth is continuing despite the economic crisis. However, although sales of consumer luxury goods are rising, critics say that Mexico’s current middle-class spending is unsustainable and that their social mobility is volatile. Few have savings, health insurance or pensions. For businesses looking to invest in Mexico, a longer term, more sustainable, perspective would be to invest in the next generation, who are more likely to be members of a more established middle class. As we’ve heard from Xochitl: “middle class children are now getting a good education to maintain their middle class position and mostly they stay in that class because of what their parents have made through life.” Xochitl own assessment is supported by public reports, which claim that in recent decades, “the average number of years Mexicans spend in school has doubled (to 8.3 years) and at the same time that university enrolment has tripled”. With better access to education, more Mexican children of today’s generation will have the opportunity to become the true middle classes of tomorrow. Nowadays, the vast majority of Mexican kids are getting an education. One argument is that this is due to the fall in fertility rates. Fifty years ago seven children per mother was an average compared to just two children per mother nowadays. As a result, parents can afford to invest in their children’s education. Regardless of the definition of what makes a person middle class, it is clear that Mexicans have ever more disposable income and increased access to education. This inevitably has positive implications for the next generations and their employment opportunities. Today’s middle classes like to shop but their children will have more stable purchasing power based on their enhanced education, improved employment prospects and greater access to credit. Here at Across Research we anticipate that middle class Mexican kids currently going through the education system represent a large potential market and an investment opportunity for international brands. Our opinion is that companies would be wise to start building connections and nurturing relationships with these future Mexican buyers right now.